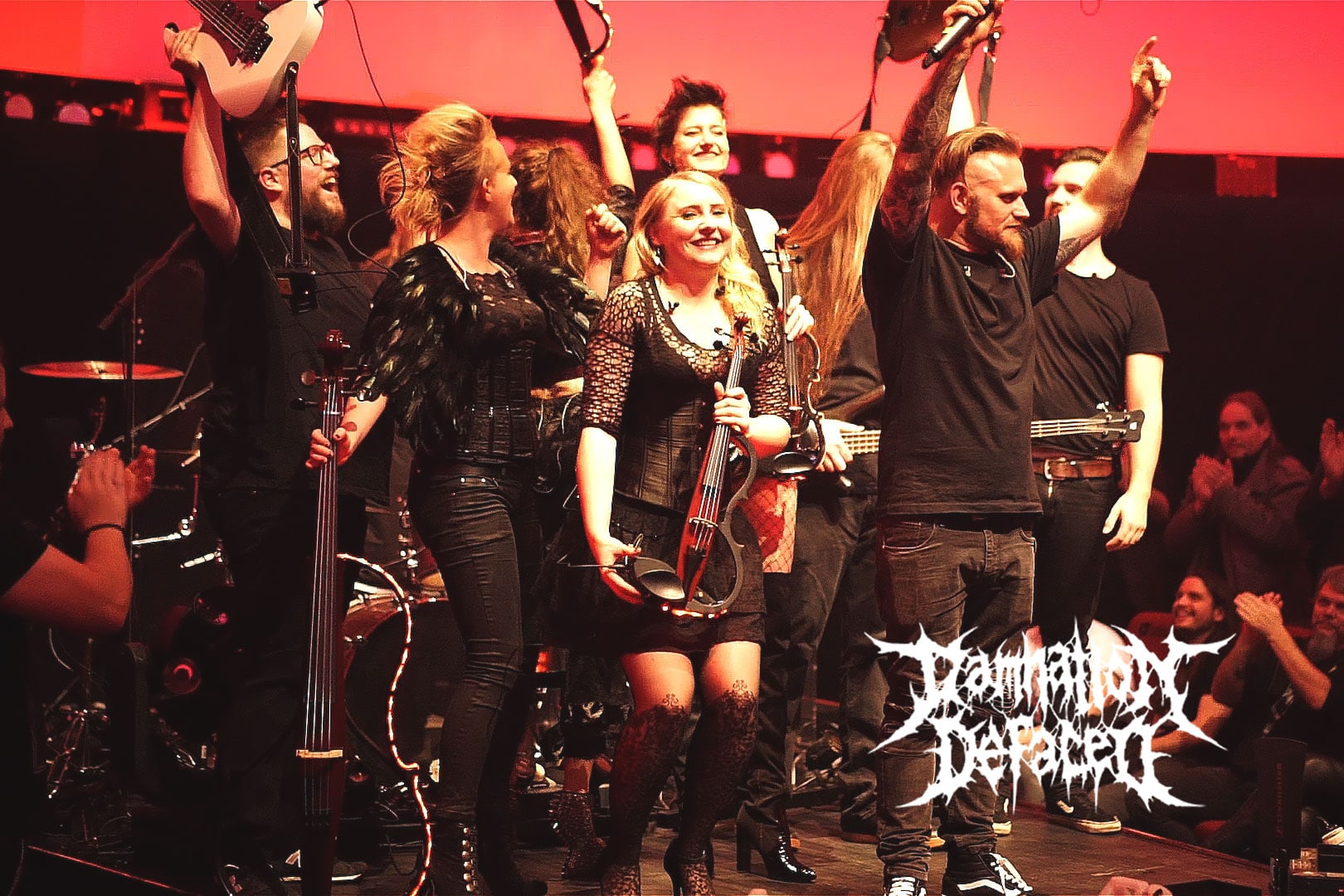 Ok, not to be taken so literally, but it was pretty intense what the guys at the planetarium did. At least the officials confirmed that there had never been an event like this before.

Since we know the guys for a couple of years now, we knew about the project a little earlier and can still remember when singer Philipp came up to us and said: "Girls we have something cool up our sleeves! We talked to the Planetarium in Hamburg and we are actually allowed to play a show there!"

There were also some very cool news for us, what better place „on earth" can there be for a Science-Fiction Death Metal band to get their lyrics and emotions across? Of course, we would spontaneously think of the ISS, but let's stay realistic and we were especially happy when we got the chance to film there.

What kind of concert was that?

Yes, it was special in many ways and not only in terms of the location. Especially for people who have a certain affinity against such facilities because of "learning" and "boring lectures", visiting a planetarium was something new. The quote from a friend of ours: "I've been living there in Hamburg for ages and this is my first time in here". Ok, it was for us too, but at least we could say: we are not from Hamburg, right?

The next surprise came right after the entrance, where not only the big projector welcomed us, but also only seats... with reclining armchairs... ...in a circle... ...under a large dome... For a Death Metal concert? Well, let's be surprised, we thought.

Our very personal impressions and the compilation of the show!

But all doubts and reservations were blown away when the band started. My goodness, it was an interplay of visual impressions through the planetarium technology and on the other hand through the music of the band. Then it took only 10 minutes until the imaginary stewardess said: "Please put your backs to the back and enjoy the two-hour trip!

The band really gave the best they had. And not only that they had the possibility to move freely, they were brilliantly supported on many songs by the string quartet "Eklipse" (more of them on http://www.e-k-l-i-p-s-e.com/) who also went on tour with Joachim Witt this year. It was already known from the last album "The Devourer" and the song "Tiefenrausch" that the guys experimented with string instruments, but the background music was also perfect for many other songs.

One thing that caused us to make a small cut was the sound, which at times seemed a bit off-key and maybe made the strings seem a bit too soft. Philipp said apologetically after the concert: "Unfortunately we couldn't do much about it, because on the one hand we had to come to terms with a fixed limiter in the system, which limits the volume, and on the other hand the hall or the dome is not designed for a sound system for a metal concert. This is the reason why we couldn't present ourselves 100% the way we wanted to. We worked until late into the night yesterday and that was the best we could get out of it, but that's also experience we can take back with us for future concerts in such a setting".

But for us personally it didn't harm the overall picture and we can say: If you have the chance to see the next concert there, then make the trip. The guys as well as the planetarium have confirmed a 2nd show and this show was sold out long in advance.

If you want to know a little more about how we liked it and everything and how, you should just watch our Youtube video: Go to the video. And of course don't forget to leave us a thumbs up!